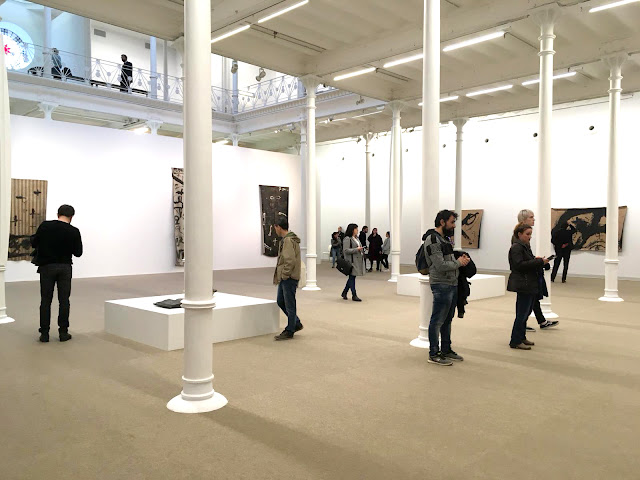 Modernist building by Domènech i Montaner

The Fundació Antoni Tàpies museum is one of the best and most beautiful museums in Barcelona.
The Fundació was created in 1984 by the artist Antoni Tàpies to promote the study and knowledge of modern and contemporary art, in the building of the former Editorial Montaner i Simon publishing house, a wonderful building of the Modernist architect Lluís Domènech i Montaner.

The Fundació owns one of the most complete collections of Antoni Tàpies’ work, mostly made up of donations by Antoni and Teresa Tàpies.

In 1991, just under a year after the Fundació’s opening, Antoni Tàpies produced a series of works in Barcelona on synthetic textile mats that he used to cover and protect his studio floor. It was not the first time that Tàpies used this medium. In 1984, he had already experimented with the material, producing two works. However, it was not until 1991 that he created a significant set of works in which the use of this material is a common feature.

Manuel Borja-Villel, then Director of the Fundació’s Museum, assembled nineteen of these pieces in an exhibition entitled Profound Certainty (3 October 1991 – 5 January 1992). The title sought to evoke the deep conviction with which Tàpies practised his art. Thus, more than an academic proposal concerning this set of works, the goal was to accentuate an emotional frame of mind.

Synthetic textile is a fragile, irregular and soft material; it rolls up at the ends and wrinkles. Tàpies trampled and worked on it, both in the Campins and Barcelona studios. He produced many of these works on pieces of cloth that had already served their purpose, and that had therefore been spattered with paint, stains and footprints. Meanwhile, other works were produced on new material. They were textiles of different kinds and varying quality (plastic, artificial leather, cotton and polyester), on which he sometimes painted on the reverse side, and sometimes on the obverse.

Tàpies unleashed his entire repertoire of icons in these works: crosses, glasses, self-portrait, the body, the skull and bones, a chair, the landscape, letters and numbers. All in all, a certain sadness, even a certain pessimism, reigns. This is because Tàpies underwent a period in which he made constant references to death and, more specifically, to pain, the physical pain implicit to life, which coincided with a particularly active time, brimming with major exhibitions, awards and the creation and opening of the seat of the Fundació that bears his name. However, it is not an allusion to pain in order to play the victim or to surrender to suffering, but to be aware thereof, to find ways to cope with and overcome it and, perhaps, in the face of everything, to achieve happiness. It is as though, aware of the passage of time, ageing, illness and death, Tàpies was keen to bequeath a living and artistic testament.

Such reflections tie in with Buddhist philosophy, which considers that pain is an integral part of life. According to this way of thinking, understanding where pain comes from not only reduces discontent or malaise, but also helps overcome suffering. That is why Buddhism invites us to engage in introspection, which helps us to establish the origin of suffering in order to eradicate its causes. In his works, Tàpies echoed these teachings, particularly from the 1980s and throughout the 1990s and 2000s, a period that provides the framework for the series of works featured in this exhibition.

The Fundació revives the exhibition Profound Certainty, adding pieces that had not been included in the previous edition, and accompanied by a series of bronze and chamotte clay sculptures from the same period. 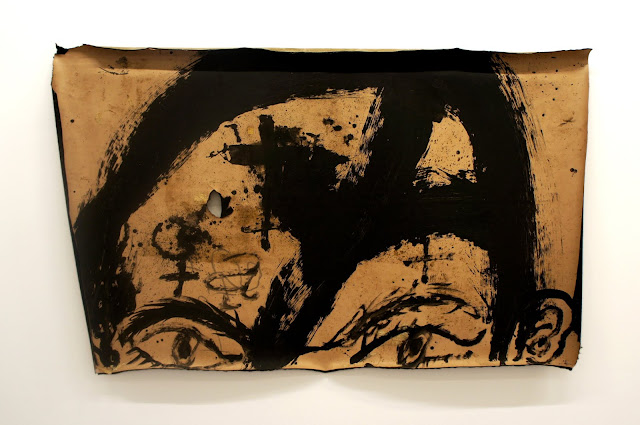 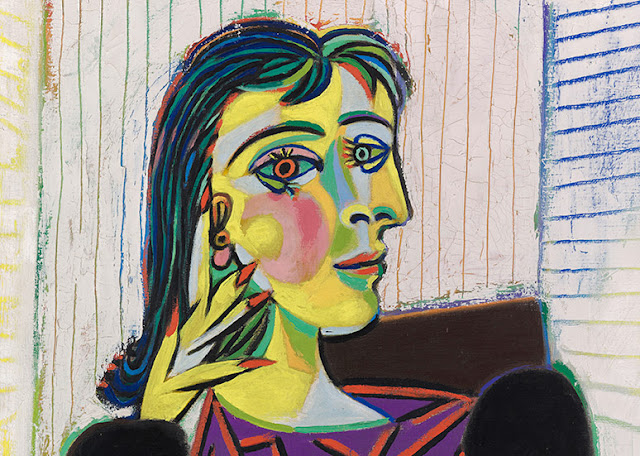 Paul Eluard was Picasso’s best friend from 1935 onwards. Following the disappearance of Apollinaire, Eluard was the only poet with who Picasso could converse and exchange or share ideas. Quickly, the surrealist poet became literally captivated by the demiurge-artist, “who insists of seeing everything, on projecting onto the screen of man everything he can understand, admit or transform, figure and transfigure... With Picasso, the walls come down”. Only Eluard’s death, on 18 November 1952, would put an end to this brotherhood.
Henriette Theodora Markovitch (Tours, 22nd November 1907—Paris, 16th July 1997), known as Dora Maar, w… 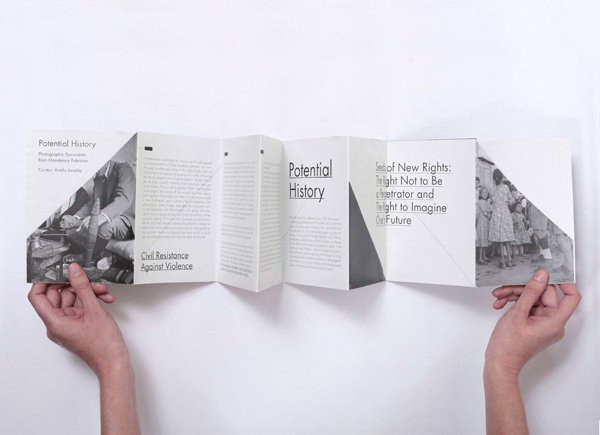 Fundació Antoni Tàpies museum Carrer Aragó, 255, Barcelona, Catalonia www.fundaciotapies.org
The eight projects displayed in Ariella Aïsha Azoulay’s exhibition Errata are part of an attempt to intervene in the imperial grammar of photographic archives, to interfere in imperial knowledge printed in books, to unlearn imperial structures such as nation states, borders or status of “undocumented” imposed as fait accompli and to foreground the imperial origins of numerous gestures inherited by scholars, artists, photographers and curators, and used in their practices. This exhibition consists of a series of ‘rehearsals’ in non-imperial modes of archival literacy and in repairing (printed) errors in the context of the ending of WWII, the destruction of Palestine and other colonial projec… 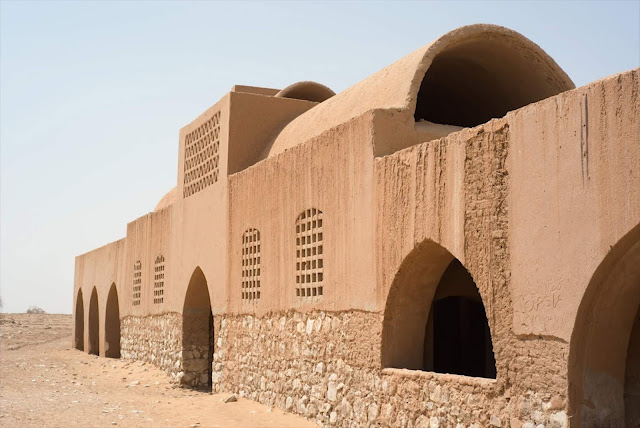 Exhibition: Hannah Collins. I will make up a song and sing it in a theatre with night air above my head

The museum
The Fundació Antoni Tàpies museum is one of the best and most beautiful museums in Barcelona.
The Fundació was created in 1984 by the artist Antoni Tàpies to promote the study and knowledge of modern and contemporary art, in the building of the former Editorial Montaner i Simon publishing house, a wonderful building of the Modernist architect Lluís Domènech i Montaner.

The Fundació owns one of the most complete collections of Antoni Tàpies’ work, mostly made up of donations by Antoni and Teresa Tàpies.